Tips and Tricks for How to Draw Children So, you’ve decided to take up a bit of art as a good way to spend some of your free time and share your new found talent with those that can appreciate your work.  You may think you’ve gotten pretty good at it too since you’ve managed to draw some good portraits of yourself and adult family members and friends.  What you may discover however, if you haven’t already, is that things may not be quite as simple when you decide to try to draw children.

A lot of new artists find themselves facing a rather difficult and sometimes even frustrating task when they decide to begin drawing children.  A lot of times what you will end up with in your early attempts at drawing babies, little kids or even teenagers, is a feeling that you have drawn a picture of some strangely proportioned little gnome.  Don’t worry, it happens to the best of us until we learn the tricks involved in drawing what you would otherwise think might be an easy move from drawing adult people.

Let’s take a quick look at some of the important things that you need to keep in mind while you’re learning how to draw children, things that you may not think about without some practice or a little guidance.

– Children are not nearly as complicated in real life as adults are.  Drawing children doesn’t necessarily have to be as complicated either.  In fact, you should try to make it a point to keep things fairly simple.

– Children are not yet fully developed and still carry some baby fat, sometimes on into their teenage years.

– Facial features in children are very, very different from those most adults have.  Trying to draw a child’s face the same way you would go about drawing an adult’s face will end up with some very…interesting results.

– The very attitude a child carries themselves with is completely different from that of an adult.  This can play into facial expressions as well as the way your subject sits or stands.

Keeping these four major things in mind can be pretty helpful while you are in the process of learning how to draw children.  Let’s break things down a little bit more and look at how to draw a few things that are a little more specific.

What to Remember When Drawing Babies

First, let’s take a look at how to draw a baby and some of the major differences involved, compared to drawing an adult: Babies are the least developed among the human race.  In fact, everything about them is simple from their understanding of the world, to the way they move and communicate.  The most important word to keep in your head here is “simple.”

In fact, drawing a baby should be so simple that we often make it the most complicated of all the projects we can undertake because as adults, we have the natural tendency to think in complicated adult terms.  So, I’ll say it again:  “Keep it simple!”

Babies also carry the most body fat out of all of the subjects you will ever attempt to draw.  Lots of rounding and curves should be put into play when drawing the torso and limbs.  Angles and straight lines should be avoided altogether.  Most babies are rather plump, so don’t be afraid to display this as you draw your torso, limbs, and appendages.  Overlapping lines and curves can also help to portray a sense of healthy baby fat.

When it comes to drawing the baby’s face, think more of circles than ovals.  Most babies have very round heads and their facial features are somewhat disproportioned because they’re still growing and developing.  Draw the eyes large and round and place them a little lower on the face than you might think you should.  Noses should be somewhat round and on the large side as well.  Again, the key word here is to keep it “simple.”

You should also keep posture in mind here.  Remember that babies don’t stand.  The most common posture you will find a baby in is lying on its back, waving his arms and legs around, and looking at the world in awe and wonder from his little vantage point while he takes in everything that he can see and hear.  Thinking about what the baby might be thinking while you’re drawing him can be very helpful when deciding on his posture, arm and leg positions, and facial expressions.

OK, enough of the baby-talk.  Let’s move on to how to draw a boy that has already learned to walk, talk, and feed himself.  Here’s what to keep in mind: – He’s probably still carrying some baby fat, although his arms and legs will be longer and stronger now.  Reflect this by continuing to use curved lines and avoiding angles at the joints.  Be careful not to use too much rounding though because boys at this age are more active and that baby fat is starting to drop off a little.

– The head should still be fairly round but since he’s a little more developed, it doesn’t hurt to elongate the circle just a smidgen.  Facial features will be a bit more developed so you can make them a little more proportional here.  Move the eyes up closer to the top of the head, but not too much, and make them just a bit smaller than you would on a baby.  They should still be at about the middle point between the size you would use on a baby and the size you might use on an adult.

– Add some hair!  Again, remember to keep it simple.  Little boys tend not to care about their hairdo, so unless a parent got to it beforehand, it’s okay to draw it a little messy.  Just add the details with care or he’ll begin looking like a strange little man before you know what happened to him.

How to Draw Little Girls

Now, at this point you’re probably thinking that I’m going to give you a different list of do’s and don’ts when it comes to learning how to draw a girl.  You’re in for a pleasant surprise because drawing girls shouldn’t be all that different from drawing a boy of the same age. They will have about the same level of development and simplicity as boys will so you’ve practically already learned all that you need to here.  There are just a few differences to keep in mind though:

– A girl’s posture will be somewhat different.  Little boys tend to carry themselves “out.”  This basically means that a boy will carry his shoulders a little bit higher and wider and his stance (the way he positions his feet) will also be a bit wider.  Girls of the same age tend to carry themselves “in” meaning that their shoulder posture will be less opened and their stance will normally involve feet that are closer together.

– A girl’s facial features will typically be softer and even simpler than a boy’s will.  This can be achieved by using slightly larger and rounder eyes and nose and smaller ears.

– This one should go without saying but I’m going to say it anyway, just to be on the safe side.  Because your goal when drawing children is to avoid too much detail, the most important thing you can do to make your girls stand out from your boys is to draw them with longer hair.

And there you have it!  It may seem like a lot to take in but you may have also noticed that our little journey together has involved one major repeating theme.  Would you like me to say it for you again?  I’m going to go ahead and say it again with just one more bullet list to help you remember the rules when drawing children.

– Use curved lines and avoid angles.

– Think about the posture that a subject of your intended age might use.

– Think about what your intended subject may be thinking or feeling and try to reflect that in your very simple facial features.

Learning how to draw children can be a complicated and sometimes frustrating process.  The biggest reason for that though is that as adults we have a tendency to make things as complicated as we are.  Children are infinitely less complicated than adults are so it should stand to reason that drawing a picture of them should also be less complicated.

Armed with these simple tips and tricks in mind, it’s time to put them into action.  So get out there and use that artistic streak to the best of your ability.  Just keep these simple suggestions in mind and you should find yourself drawing children rather than little gnomes in no time.  Just remember that if something doesn’t turn out quite right, you may just need to think about simplifying your thought process! 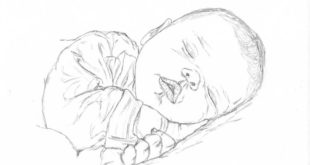 How to Make a Drawing of a Baby Sleeping 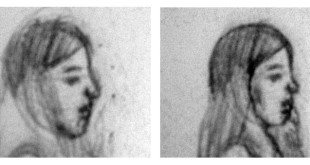 How to Draw Children: 10 Different Approaches 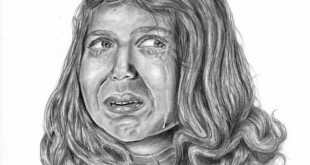