Ok kiddos I’m back – it’s the artist you love to hate! First off I need to apologize because my scanner was in that mood where it wanted to do want it wants, so some scans will have black smudges on them…bummer. The other thing is I was not feeling this drawing, sort of. As the title stated, this is a tutorial for how to draw Tom Brady…a man!

As I have stated in previous articles, I’m not into drawing men. I lean a lot toward women because well, I’m a guy! There’s no stimulation for me in drawing men, but as an artist one needs to diversify. I cannot limit myself to just women only.

Even though I’ll grumble under my breath about having a man as an art subject, I know it’s necessary to draw them if I want to flourish and grow into a better and more diversified artist. With that being said, let’s bite down and get through this one.

Use a Light Box for the Basics

As I stated earlier, this is a guy so I wanted to finish this drawing as quickly as possible. With that being said, I used a light box. I used it not only for the subject in general but I wanted to capture his frizzled hair as closely as I could; not to mention, I wanted to capture the majority of his jersey wrinkles. Believe it or not, his eyes were a challenge for the simple fact that they didn’t show up well on the light box. I had to take a hypothetical guess as well as look at the original picture to get his eyes close to how they were in the original picture. I added some shading with a tortillion around the eye area and used a Blu Tack erasure to lift some of the markings in the lower, left corners of the eyes to illustrate some highlight.

I then started on the mouth. It needs to be said that drawing the lips of men and women are different. With women, you want to add pencil or color to both the upper and lower lip section. With men, color in the upper lip but DO NOT ADD COLOR TO THE LOWER LIP – PERIOD.

What you want to do is add shading under the lower lip to show some form of the lower lip. Men’s lower lips are usually illustrated with the same skin tone that is in the surrounding mouth area. Usually there is a line to separate where the lip is and where the chin area is.

Don’t believe me? Look at a cartoon with male characters in them and tell me what you see. The females have full lips that are red and the males always have a line to separate what is their lower lip and the chin area.

In the case of the lip here, I just used a tortillion. If I got enough graphite on my tortillion from a previous job, I’ll just smudge what’s on there to give it a faint or smudged look.

Time to do some hair! In this case, I added more dark tone to the hair onto the previous dark markings from the light box sketch. I usually use a 2H pencil first, coloring in the graphite followed by tissue blending and then adding dark tone. In this case, I added the dark tone followed by some smudging with the tortillion. I then colored the hair with a 2H pencil and then added hair streaks and strands by using a pencil erasure. Finish the Face and Final Details

To finish up the face, I just use a tortillion to smudge in some shade in the necessary areas. I had enough graphite on the tortillion. I then added some shading to the uniform with an HB pencil in some areas, followed by shading and smudging with a tortillion.

I finish up the drawing with darkening of the pants and some shading of the arms (yes, I pulled out the tortillion again). I didn’t work on the hands. I provide a separate tutorial about that and I’ll probably do more on that subject in the future.

Anywho, there you go ladies and gentlemen, the drawing of Tom Brady at his finest……well maybe not at his finest, but you get the drift. Love him or hate him, he’s in a better position than us, but it’s cool…we’re artists! Even when we’re 80 years old, we’ll still be drawing and painting. Can he still say the same about himself when he reaches that age?

Tags how to draw tom brady 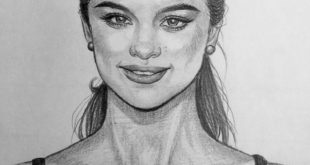 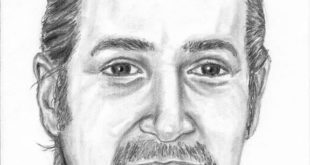 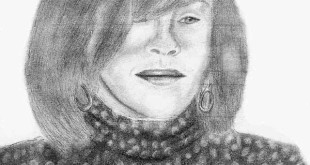