How to Draw Eyes of a Bride

Here we have a drawing of a bride, eyes wide and looking from behind a bouquet. The central focus will be on her eyes and how to draw them. Hopefully after giving this a try, you will learn to include all of the little details that bring the eyes to life. So refer to the reference photo below, as well as my step-by-step drawings, and let’s draw some eyes!

Make a grid of 6 squares across and 3 squares down. They can be any size you choose. Just make sure to use a ruler and make perfect squares if you are hoping for a more accurate drawing of the photograph. If you are good at sketching lines and can make boxes approximately the same size, that will work too for this drawing (since we are not trying to capture a likeness). Step 2: Outline of the Eyes

Once again, if you are using your grid for accuracy, pay close attention to placement. For example, the corner of the bride’s left eye (right side of the drawing) is approximately at the imaginary center line of its grid box (lined up with the arrow). Also, notice how the widths of both eyes are the same, and there is about one eye-width between the two eyes. This is a standard rule of thumb for drawing eyes looking directly at you, no matter who you are drawing! You can also include the tear ducts at this point. Using your grid and guidelines to help you, lightly sketch circles for the irises and pupils. If necessary, try a few times until you get satisfactory size and placement. Then, trace over them as carefully as you can to make them as round as possible. I like to use a circle template to make this tracing easier and more accurate. Remember, too, to make smaller circles serving as highlights (or catchlights). Repeat the same process as you did for the upper eyelids to make the lower lids. Draw a thin line under the white part of the eye. This line is actually for the top rim of the lower eyelids, where we will place the lower eyelashes later. Underneath this, draw any characteristic lines that support the bottom of the eyeballs. Draw the eyebrows, bouquet, face, ear, hair, veil, and any other features that you want to include. Put as much or as little detail as you wish. You can just use simple shapes, especially for the bouquet. It is okay if some of the drawing extends outside of the grid squares. Draw light lines where you see shadows. The shading you will add later will provide form to the eyes and surrounding facial features. Carefully erase the grid lines. Try to erase as much as you can without affecting the lines of the actual drawing. If you can still see some light lines (as indicated by the arrow), it’s not too big of a deal. You can mask them later with shading. Use the lines you made earlier and the reference photo to add shading. Try to use soft strokes that go in the same direction as the surfaces you are shading.

For the eyebrows, I lightly shade what was drawn before, and then I use short pencil lines to represent the individual hairs. Pay attention to direction, and notice how most but not all of the little hairs flow together.

For the whites of the eyes, I almost always put a little bit of shading under the upper eyelids and some on each corner to give that spherical look to the eyeballs.

Make the pupils as dark as you possibly can. For the iris, make the outer rim darker, and draw lines going toward the pupil. Leave the catchlights white by shading around them. I like to leave the eyelashes as the last step for the eyes. This way, I can have all of my desired shading complete and place the lashes over it, for a more natural appearance.

Carefully trace part of the upper eyelid in dark black before placing the upper eyelashes. This will give them a certain thickness. Use fine pencil lines from the lids outward for each of the hairs (much like the eyebrows). Pay attention to direction, and make the lower eyelashes shorter. You may have heard it said that the eyes are the windows to the soul. That is why drawing eyes correctly is so vital for portrait artists. The eyes are a very important (if not the most important) part of capturing a subject’s true likeness.

Apply what you learn from this drawing to other drawings like it that focus mainly on the eyes. Then, when you try to draw a familiar face, you will likely see a better resemblance in your work! 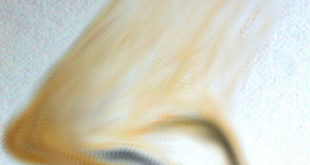 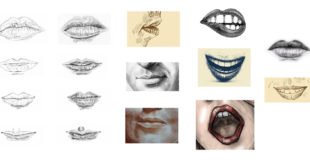