Well it looks like the art gods do not smile upon me in this article. I love to draw and paint but I cannot stand doing hands or feet. If I can get away with not drawing them, I will. Norman Rockwell, a famous, past artist had said it best, “People can forgive anything except the face and hands.”

I remember one time I was doing a painting and I had to paint the girl’s hand and I decided to paint a rock piece in front of it so that I did not have to paint it. Yes they can be difficult.

“But Carlos, why take on this article if you don’t do hands?” Well the answer is pretty simple: in order to be a good and decent artist, one must know how to master a series of things, and hands are no different.

In fact, I know a fellow artist who has always painted her subjects with their back or back of their head facing the audience because she did not like painting faces period. I look at drawing/painting hands as a challenge. Not everyone can do them correctly. To master the technique of drawing the hands is a feat in itself. It cannot be ignored or not addressed. Sooner or later you’ll need to draw them to continue expressing yourself in your art. If ignored, you’ll only eliminate personal growth for yourself and in your art. With that being said, let’s bite down and learn how to draw hands.

Build the Hand with Basic Shapes

The first thing that you should do is draw two circles that will be the heel of the hand followed by four columns that go from small to large as they get closer to the base. Draw two lines that will be the thumb as well. You may need to draw one or two circles under the columns to illustrate where the hand will be strategically placed. Connect the columns with lines that will end up being that hand itself as well. Also make one or two broken, uneven lines on the columns to represent the areas where the fingers bend  – don’t forget about making one straight line at the base. Moving right along, add some shading where necessary. In this case, shading is added to the right side illustrating that the light is coming from the left. Don’t forget to add skin folds in the hands and darken the tone on the finger folds some. Look at your hand and see how the folds are done. As you can see, they are uneven, broken, and not straight; use this as a drawing model for your picture. Also, round out the tips of the columns to portray them as the tips of the fingers. We then need to erase all unnecessary lines in the hands themselves and off the fingers. We then take a tortillion and first smudge the folds in the hand palm and the finger folds. We then want to attack the shading that was applied to the right side of the hand to illustrate realism. Also, apply shading with the tortillion where you see fit to make the hand look real. I usually stray from the photo and add lighter or darker tones to make the picture look believable. I just don’t believe that you will be 100% accurate with a drawing compared to the original. There are literally a countless number of possible positions in which hands can form themselves, far more than can be covered in the scope of this article. Let’s look at two more drawing examples that can help you get started:

This hand drawing is very simple. Simple because all the fingers are together holding in place an object that hasn’t been drawn in yet. Basically you want to start off drawing the hand blocky and add lines representing the finger folds.

As you can see, the object that is being held by the hand has been drawn in, as well as details like the fingernails and shading, followed by the rounding of the tips of the fingers. We then use a tortillion to blend/smudge the shading in between the fingers, the wrist area, and also some on the fingernails. The last thing we do is add some detail to the object being held. Basically we just add a dark tone in some of the area but not the whole thing. We then use the tortillion again to smudge in the dark areas, leaving some areas untouched to illustrate white or lighter tone in the object. Also, I added just a bit of small tone to the tips of the fingers to show some accuracy from the picture. Now let’s move on to the big daddy of the hand drawings. Trust me when I say this drawing wasn’t a walk in the park, but I did get it done……barely.

I started off by drawing it freehand. It’s off by a little but I wasn’t worried about 100% accuracy at this stage; besides, I have time to fix it in the other stages. I also added some details to the folds of the fingers and darkened the outline, contour lines of the hand. In this picture, you can see that I’ve added shading to the palm of the hand and some to the fingers. The last part of this picture is executing the tortillion again. I basically blended in the shaded part to make it all come together. As you can see, learning how to draw hands can be a challenge, but it can be done with practice. I believe that I could not cover everything that I wanted to in just one lesson, as this post primarily focuses on opened hands in different positions. If you were to draw hands that were grasping and holding certain objects, the shading on the hands would be different. In fact, just their positioning would rearrange the lighting bouncing off of them.

Please keep in mind that when drawing the hands, start by making them into simple geometric shapes and then add detail and shading. This is actually the basic rule for everything when drawing but particularly when it comes to hands. The mobility and their flexibility make the hands a difficult subject to draw and paint but a satisfying subject when executed correctly.

Tags drawing the hands how to draw hands 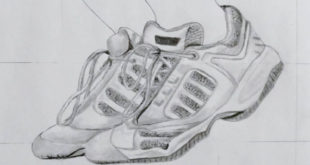 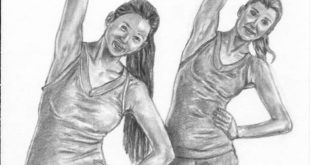 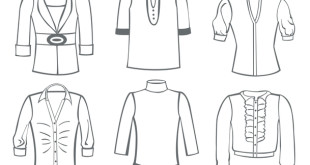 How to Draw a Blouse When You Know Nothing about Blouses